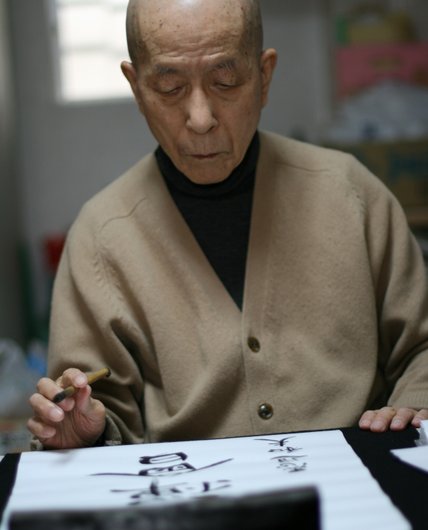 In a sense, Anzenkai is a meeting of Japanese Zen training with the mountains and rivers of northern Sweden. In July 2004, Zen Master Gudo Nishijima Roshi gave traditional teacher ordination (Japanese: shiho) to Gustav Ericsson. With support from Nishijima, Gustav started a meditation network of friends, called Anzenkai, based in Umeå, Sweden.

The Anzenkai calligraphy was made by Nishijima Roshi in Tokyo, 2007, and our first retreat (sesshin) was held 2009 on the island Holmön, in the north of Sweden.

In 2015, Gustav published a book called My Christian Journey with Zen, where he remembers his Zen teacher and shares glimpses and reflections from the background and beginning of Anzenkai. It’s available in paperback and digital format through Amazon and other online book sellers.